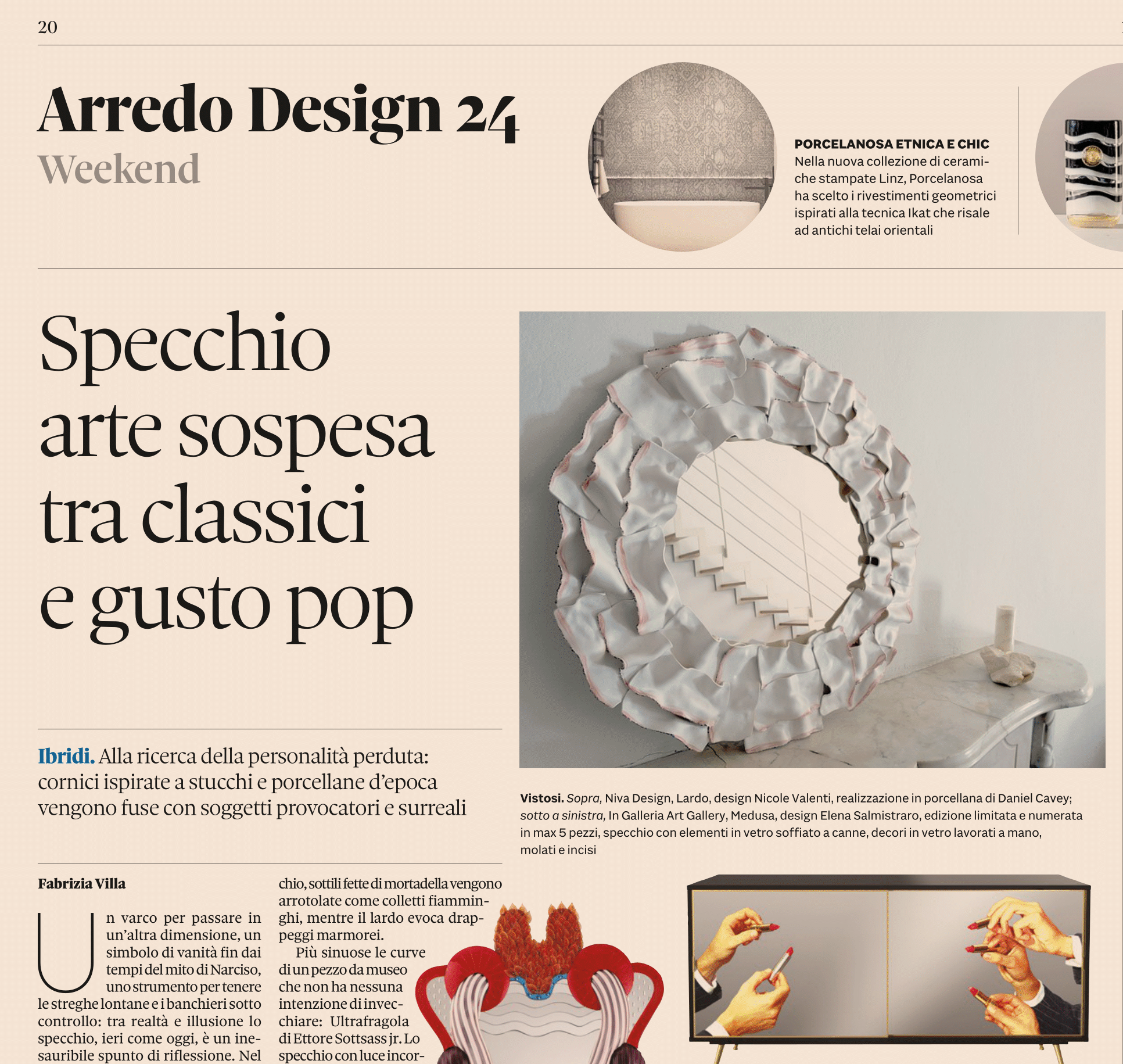 Hybrids. In search of the lost personality: frames inspired by stucco and antique porcelain are fused with provocative and surreal subjects.

A passage to pass into another dimension, a symbol of vanity since the time of the myth of Narcissus, an instrument to keep the witches away and bankers under control: between reality and illusion the mirror, yesterday as today, is an inexhaustible source of reflection. In the seventeenth century it was the mirrors that sparked a real war between the France of Louis XIV and Venice, a history of industrial espionage ante litteram with kidnappings and poisoned deaths to steal the secrets of the master glassmakers of the Serenissima and put them at the service of the expensive whims of the Sun King. 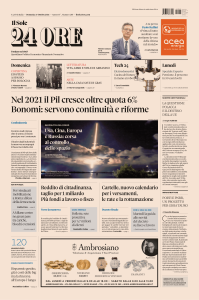 Elena Salmistraro with her mirror Medusa, a very colorful contribution of the young Milanese designer to “Empathic, returns to the place of the crime, the island of Murano. Discovering a Glass Legacy”. The project, curated by Luca Nichetto, presents until next April 10 in the halls of Ingalleria, the Art Gallery of Punta Conterie in Murano, limited edition installations and pieces designed by eight designers (in addition to the Samistraro, Ini Archibong, Noé Duchaufour-Lawrance, the Gam-Fratesi, Benjamin Hubert, Richard Hutten, Luca Nichetto and Marc Thorpe) that confront the glass of Murano in a way free from serial patterns and constraints. The great mirror of the Salmistraro is surrounded by three-dimensional blown glass elements that recall the movement of the Gorgon snakes, but also leaves, incisions, grooves that make this object a sort of compendium of the ancient techniques and workings of Murano glass art reviewed in a contemporary way. The final effect is that of a classic pop, a trend that seems to have conquered the world of mirrors, as evidenced by the new brand Toiletpaper Home, The result of the collaboration between Seletti and Toiletpaper that debuted in September on the occasion of the Milan Design Week with furniture with mirror surfaces. Fifties sideboards, chests of drawers, wardrobes and screens stand out for their ironic and iconic printed graphics, from lipsticks to colored snakes, that amplify the dreamlike effect characteristic of the projects of the artist Maurizio Cattelan and the photographer Paolo Ferrari. 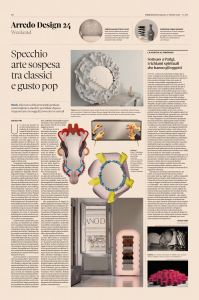 The provocation goes beyond the “gastronomic” mirrors designed by Nicole Valenti for Niva Design and made by American ceramist Daniel Cavey. Here the mirror seems more a servant of culinary desires than of the vanity of those who interrogate it. The frames, inspired by the eighteenth-century porcelain frames of Meissen, have as their theme the cold cuts and tell the diversity in a journey that starts from northern Italy, with the weisswurst of South Tyrol, passing through the mortadella up to the lard of Colonnata. So, around the mirror, thin slices of mortadella are rolled like Flemish collars, while the lard evokes marble drapery.

More sinuous curves of a museum piece that has no intention of aging: Ultrafragola by Ettore Sottsass jr. The mirror with built-in light in production for Poltronova since 1970 and exhibited in the permanent collections of the Moma and the Triennale Design Museum has become a real social star, favorite companion of the selfies of influencers around the world, as pointed out in a recent article in New York magazine. Yet the recipe of this large mirror (it is almost two meters high) has never changed, so much so that all the specimens of Ultrafragola produced are still thermoformed from the only original aluminum mold of 1970. Identical is the translucent plastic frame that, once lit, emanates the characteristic pink light that conquered the heart of Bella Hadid and an army of followers around the world.

The design of plastic objects of the sixties and seventies was inspired by Serena Confalonieri, a designer always attentive to materials and with a decidedly feminine touch. With the Magnolia mirrors, born in collaboration with The Circles, Confalonieri compares different eras emphasizing a renewed production technique able to raise the plastic again to sustainable and regeneratable material. The colourful corolla-frames of the collection are in fact made of Re-plexy, a virtuous acrylic polymer sustainable and infinitely regeneratable. Form, material and colour return to the service of the eclectic and overflowing Bethan Laura Wood who for “Ornate”, his solo exhibition at the Nilufar Gallery by Nina Yashar (in Milan in via Spiga 32 until 27 November) presents three jewel mirrors in a limited edition of 18 pieces each that enrich the Aperitivo collection: Olive, Gherkin and Aubergine. The exhibition, which focuses on the world of boudoir, tells the cities and cultures that have influenced the work of the English designer in the last ten years. Among these, once again, the island of Murano returns. Here, in collaboration with the Venetian mirror specialist Pietro Barbini, Bethan stages modern cutting techniques with traditional hand-made details to show how this ancient tradition can become the interpreter of change in contemporary craftsmanship.